One of my colleagues at work is a big fan of quiz and game shows on TV, and after finding out that I am very interested in history she has started to save up any history-based questions she sees so that she can test me and a few other colleagues the next day.

A recent question was on one of the King Georges, I ended up making an educated guess as I don't know much about the Georgian or Regency periods, and got the answer wrong. But a discussion of things we've learned through these shows prompted me to explain one of the few times I've managed to get an answer right while watching QI; The King Henry Question.

I think the basic question was "How many King Henrys has England had?", for most people the answer would be "8" as we haven't had a King Henry since the wife-killer died. 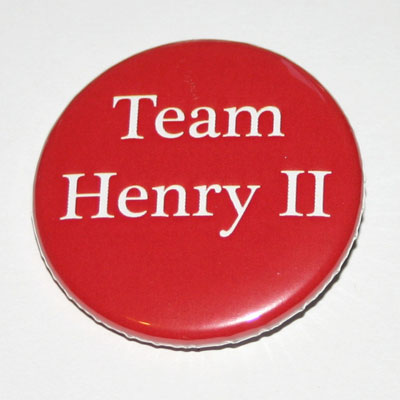 The correct answer though was that we've had nine. Along with all the numbered kings the ninth is "Young King Henry" who, if he had lived, would have been King Henry III. He was the eldest surviving son of Henry II and Eleanor of Aquitaine. At the time the English crown had only been in the Plantagenet family for one generation, Henry II was a great-grandson of the Conqueror. There was also a distinct blurring of the lines between England and France as barons from England owned land in France, likewise French nobles had diplomatic interests in England and occasionally married their daughters to English nobility. Not only that but Henry II himself had grown up on the Continent and his wife had been Queen of France before she married him.

This lead to the curious incident of attempting to adapt French Royal customs to the English Royal family. In France it was customary to crown the heir to the throne as King while his father was still alive. In theory this would give the next generation a chance to learn the art of reigning through observing their older parent, and meant a smoother transition should the King die suddenly in warfare or a hunting accident. It also meant that if the older King decided to go on Crusade he could leave his son behind to rule as King in his stead without worrying about renegade nobles rebelling.

This was a French custom but not an English one, in England the heir was only crowned King once his father died. But Henry II decided to try the French custom. His son wanted power, this was a way to curb his enthusiasm without giving away too much. His son was crowned in 1170 and became known as "Henry The Young King", although in reality he was given no power or real influence. Henry II was notoriously jealous of his power and incredibly reluctant to give any of it up. How can a Prince learn to rule if the King won't show him? 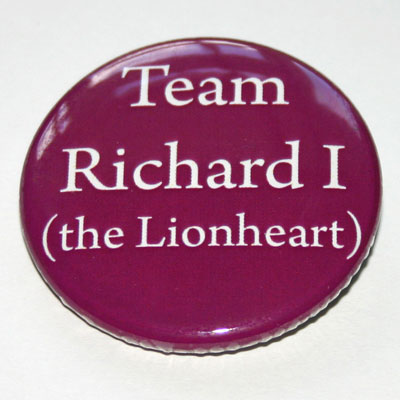 In the end Young Henry, fed up with being treated like a child and egged-on by his father-in-law, the King of France, rebelled against his father in 1173 along with his brothers and his mother Eleanor. They failed, Young Henry and his brothers managed to escape the situation with a few new castles, Eleanor of Aquitaine was locked up. But in the end it wasn't enough and Young Henry rebelled again in 1183. He contracted dysentry while on campaign against his father, and died on 11th June 1183. He never officially became Henry III, the practise of crowning sons in their father's life time was never repeated in England, and his crown instead passed to his brother, the future King Richard I.

So next time someone asks you how many King Henrys this country has had, remember that it's a trick question!